Planet view is used to review known status of a planet and perform operations like queueing new building projects. 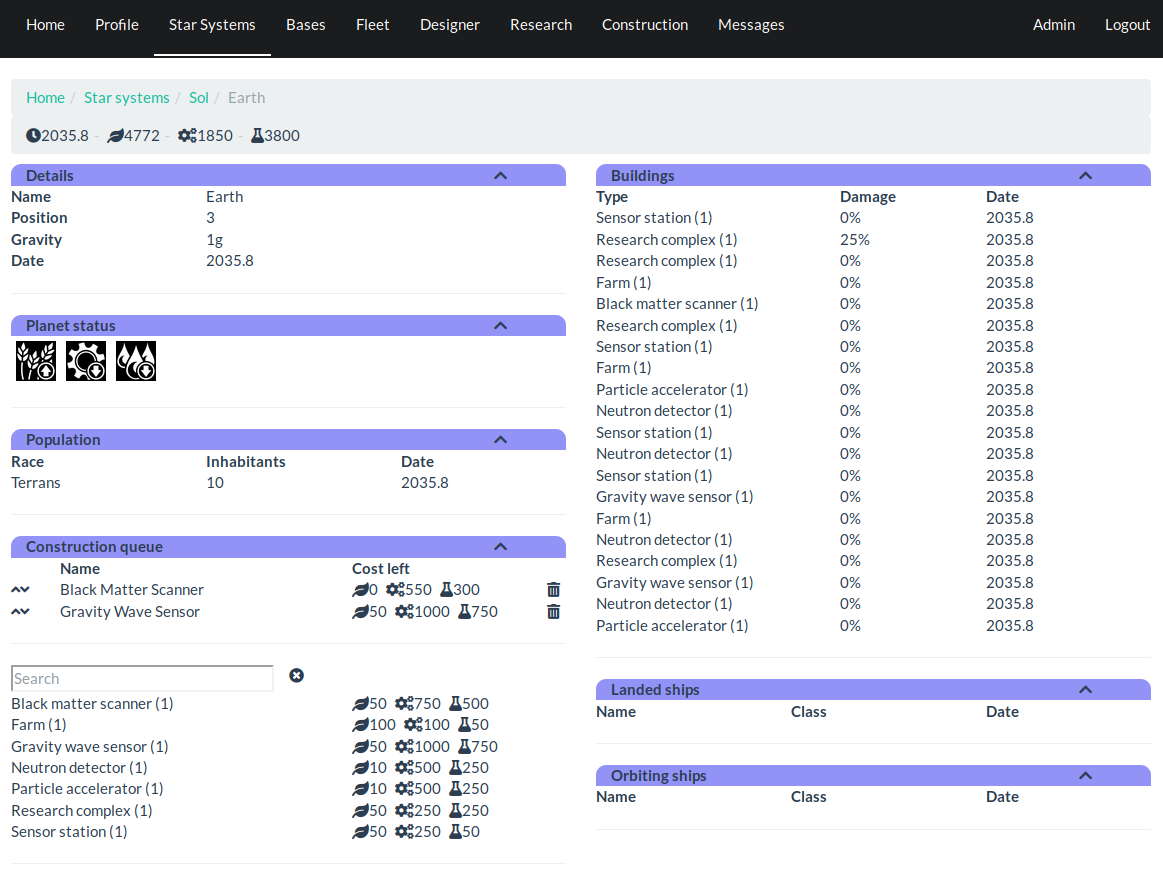 Details section shown general planetary details including location of the planet in star system and gravity.

Where there is a special condition on the planet, it is shown in planet status section as a small icon. Brief description of the status can be read on a pop up that is shown when mouse cursor is on top of a status icon.

Population lists inhabitants of the planet.

Construction queue shows currently queued building projects and allows player to add and remove projects. Chevrons on the left side of the queue are used to reorder building projects, while trashcan on the right side completely removes the project.

Below the queue is search box, which contents filters which blueprints are shown below it. Clicking a blueprint will place it in construction queue.

Ships on surface of the planet are shown here.

deep-sky is maintained by tuturto.

This page was generated by GitHub Pages.